Dr. Andrejs Baumhammers is a clinical professor in the Department of Periodontics and Preventive Dentistry at the School of Dental Medicine.

Dr. Baumhammers was Chairman of the Periodontics Department from 1967 to 1976 at which time he switched to part time faculty status. He conducted the “Advanced Periodontics” elective course from 1969 to 1983 and, for several years in the early 1970s, also presented an elective course on “Temporary Splinting”.

As a clinical professor of periodontics, Dr. Baumhammers was teaching in the Implant Center of the School of Dental Medicine many years. For more than 20 years he has been in charge of the graduate course, ”Periodontal Aspects of Dental Implants”.

Since 1970, Dr. Baumhammers has given continuing education courses on periodontics and  dental endosseous implants nationwide, both at dental schools and dental society meetings. Internationally, he has lectured in Mexico City, Mexico, at the Association of Periodontology Meeting; in Caracus, Venezuela in 1973, and  in Marseilles, France three times, at the Faculte de Chirurgie Dentaine de Marseille, Universite D’Aix-Marseille. 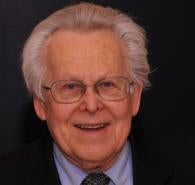