Dr. Joseph Petrone is Assistant Professor of Orthodontics and Dentofacial Orthopedics with a secondary appointment in the Department of Oral and Maxillofacial Surgery at the University of Pittsburgh.

Dr. Petrone maintains an active private practice and focuses his teaching efforts in the treatment of patients with dentofacial deformities.  He is a member of the American Dental Association, the American Association of Orthodontists and the American College of Dentists, where he serves as a Director of the Western Pennsylvania Section. 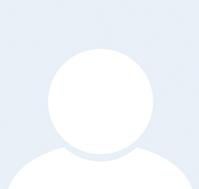