It is with great sadness that I inform you that the School of Dental Medicine lost a dear friend and valued colleague, Dr. Richard Doerfler, on Wednesday, September 18, 2019 after a courageous battle with amyotrophic lateral sclerosis (ALS).  Richard has been a valued faculty member of Pitt Dental Medicine since 1987 in the Department of Orthodontics and Dentofacial Orthopedics and recently received the Distinguished Alumnus of The Year Award in 2018 in Advanced Education.  He will be missed by all and our hearts go out to his wife, Jane.

Please keep Richard’s family in your thoughts and prayers as they go through this difficult time. 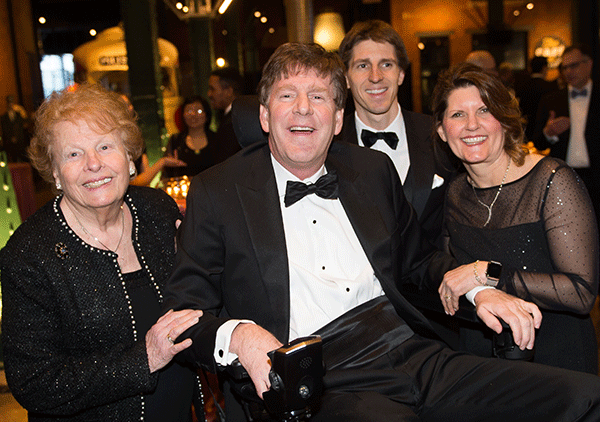 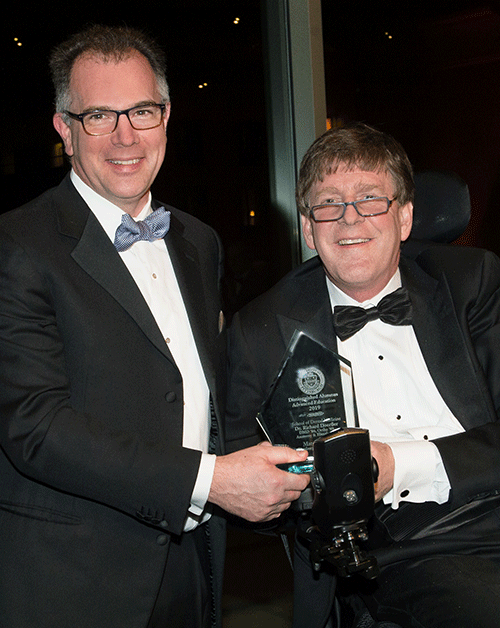 Dr. Richard Joseph Doerfler, of Fox Chapel, formerly of State College, passed away on September 18, 2019, surrounded by his family, after a courageous battle with ALS. Survived by Jane Gravatt Doerfler, his wife of 34 years; as well as his son, Dr. William Reed Doerfler; his daughter-in-law, Dr. Lindsey Saldin; and his daughter, Bethany Doerfler, Richard is also survived by his mother, Barbara Doerfler (William, deceased); siblings, Linda (Joseph) Bartolacci, Judy (Angelo) Napoleone, James (Theresa) Doerfler, Mary (Thomas) Callaghan, and Bethany (Samuel Karow) Doerfler; as well as a large and loving family of nieces, nephews, aunts, uncles, cousins, and many dear friends. A graduate of St. Sebastian Parish elementary school in Ross Township and North Catholic High School, Richard earned degrees from St. Vincent College in 1982 and the University of Pittsburgh School of Dental Medicine in 1986. Additionally, he received a Master of Arts degree in Anthropology and a Master of Science degree in Anatomy from the University of Pittsburgh, as well as a Master of Dental Science in Orthodontics. After treating thousands of patients at flourishing orthodontic practices in State College and Clearfield, Pennsylvania, Richard moved home to Pittsburgh, where he focused on spending time with his family and friends, raising money for ALS research, and advising orthodontics residents at the University of Pittsburgh. Richard first developed an interest in teaching at Pitt Dental Medicine in 1987, when he became a teaching assistant in the Department of Orthodontics and the Department of Anatomy & Histology. He became an assistant professor in 2001 in the Department of Orthodontics, and in 2017 began teaching full-time in both the University of Pittsburgh Medical School and the Dental School. Always active in his profession, Richard published professional articles and reviews and served as president for Dental Societies in the central Pennsylvania region. In recognition of his many achievements, he received the Distinguished Alumnus in Advanced Education award from the Pitt Dental School in 2018. Richard served on numerous boards and professional societies, including the advisory board for Schreyer Honors College at Penn State University and the Board of Directors for Nittany Bank. He became a Certified Financial Planner in 2005. A devout Catholic, Richard served the Diocese of Altoona-Johnstown and the Diocese of Pittsburgh in various capacities, including as a deacon candidate. He had been working on a Master of Theology degree from the Augustine Institute since 2014. An avid cyclist and triathlete, Richard completed many endurance races and - just a few days before his death - led "Team Doerfler" at Point State Park for the ALS Walk, raising over $28,000 for ALS research. Friends and family will be received at DEVLIN FUNERAL HOME, 806 Perry Hwy. on Thursday from 6:00-8:00 p.m., and on Friday from 2:00-4:00 p.m. and 6:00-8:00 p.m. A Mass of Christian Burial will be celebrated at St. Paul Cathedral (everyone please meet at church) on Saturday, September 21, 2019, at 10:00 a.m., with the burial to follow on Sunday at St. Vincent College. In lieu of flowers, contributions may be made to the Pitt Dental Medicine Orthodontics Residency Fund that he established at the University of Pittsburgh or to the St. Vincent DePaul Society. 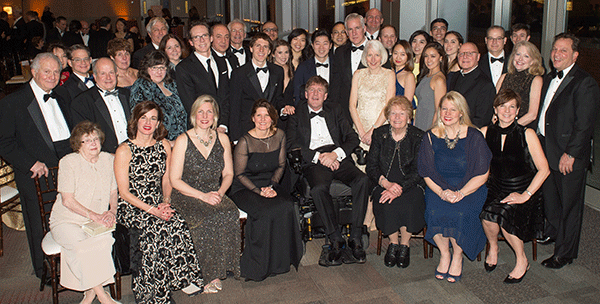