The first COHRA Study was a collaborative initiative between Investigators at the University of Pittsburgh and West Virginia University to characterize the oral health of families living in underserved populations in West Virginia and Western Pennsylvania.  From 2002-2009, a cohort of individuals in 700 households from rural West Virginia, rural Bradford and Burgettstown, PA, and urban Braddock, PA, who had at least one child between the ages of 1 and 18, participated in the COHRA1 Cohort Study.  Study assessments included: several demographic, general-health, and oral-health interviews and standardized psychosocial questionnaires; a standard dental screening; collection of DNA and microbial samples; and collection of drinking water for analysis of fluoride content.

The COHRA1 Cohort Study was funded by the following National Institute of Dental and Craniofacial Research (NIH/NIDCR) grants:

Key findings* from the initial COHRA1 Cohort Study include: 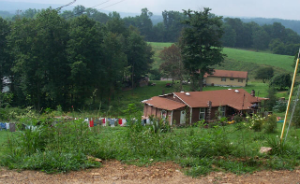 Center for Craniofacial and Dental Genetics