Mary L. Marazita, PhD has been on the faculty of the University of Pittsburgh since 1993. She is a Pitt Distinguished Professor and currently is serving as the Co-Director of the Center for Craniofacial and Dental Genetics.  She has secondary appointments as a Professor in the Department of Human Genetics (Graduate School of Public Health), the Clinical and Translational Science Institute and the Department of Psychiatry (School of Medicine).  Dr. Marazita has served in other administrative roles within the School of Dental Medicine in the past including:  Director of the Cleft Palate-Craniofacial Center, Associate Dean for Research, and Chair of the Department of Oral Biology.

Dr. Marazita received her Ph.D. in Genetics from the University of North Carolina, Chapel Hill, in 1980, followed by post-doctoral training in Craniofacial Biology at the University of Southern California from 1980-1982.   She is a diplomate of the American Board of Medical Genetics, and a Founding Fellow of the American College of Medical Genetics.  Her first faculty appointment was in the UCLA Departments of Biostatistics and Biomathematics (1983-1986), followed by the Medical College of Virginia Department of Human Genetics (1986-1993).  While at the Medical College of Virginia, she had a joint appointment in Dentistry and inaugurated a course in Dental Genetics for the dental school curriculum.  She also established the state of Virginia’s Birth Defects Registry (VaCARES), served for 5 years as Director of the FaceBase Consortium Hub (an online repository of data related to craniofacial genetics).

Over the years she has served on a wide variety of NIH advisory groups, including current service as a member of the National Advisory Dental and Craniofacial Research Council, co-chair, PhenX Steering Committee of the National Human Genome Research Institute, and NIDCR appointed member of the Big Data to Knowledge (BD2K) Steering Committee.  She has also received a number of awards, including the Walter J Gies Award for Best Paper Published in the Journal of Dental Research, and the University of Pittsburgh Chancellor’s Distinguished Researcher Award (Senior Scholar).

Currently, Dr. Marazita’s research focuses on the human genetics of complex traits, primarily facial birth defects (primarily cleft lip, cleft palate and other craniofacial anomalies), and oral disease (such as caries, malocclusion, and periodontal disease). She has more than 290 peer-reviewed publications, and substantial grant support totaling about $6 million annually, mostly from NIDCR.  Her studies have led to collaborations with colleagues across the USA, and in more than 15 other countries, representing all continents except Antarctica. 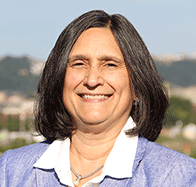