Dr. Dobos graduated from the University of Pittsburgh School of Dental Medicine in 1979 and completed a one-year General Practice Residency at Michael Reese Hospital, Chicago, Ill., in 1980. In the summer of 1980 he established a solo dental practice in Bethel Park, Pa., and practiced there for 25 years.  From 1981-1993 Dr. Dobos was a part-time clinical instructor at Pitt in the Department of Restorative Dentistry. He received a fellowship award from the Academy of General Dentistry in July, 1998. In 2006, Dr. Dobos was hired as a full-time assistant professor at the University of Pittsburgh School of Dental Medicine.

Dr. Dobos presently is the president of the Bethel Park Community Foundation which underwrites grants for civic projects in the community. He serves on the committee to review the Home Rule Charter for Bethel Park, and is a PIAA football official for the past 35 years. 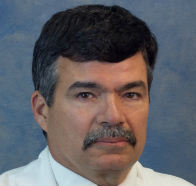